why should lars von trier be the most popular director among incels?

introduction: who doesnt know Lars Von Trier is a Danish author (screenwriter / director) who has been making arthouse films for over forty years. At the beginning of the new millennium, thanks to his breakthrough, Hollywood actors appear in his films.

Now to the point - most of his film (except about 3-4 from the beginning of his career) is characterized by having woman as the main character or the themes of his film, which is suffering, abuse of women. In his latest film (The house that Jack built 2018), even a serial killer with OCD kills mostly only women. He kills his first victim, only because she annoyed him with her talk on the way when he helped her by taking her to the nearest workshop, when her car broke down on thr road.

Most of his film also shows a certain violation of established film or narrative procedures and an attempt to shock, disgust the viewer with strange humor, I call it cinematic trolling - In his penultimate film (nymphomaniac 2013), a woman tells an old man (who is, in his words, a virgin and an asexual) her story about how she became addicted to sex, beaten, raped, aborted her child and the only man she really loved was her father. The film ends with a man to whom she telling her story and who dont had any sexual interest all allong in her, tries to rape her with the words: "you have sex with hundreds of men." - on the paper its not so funny because its a long stretched joke throughout the whole movie.

Three of his practically most famous films about this theme:

Breaking the Waves 1996 - it is about an childish young woman with autism and of the love she has for her husband, who asks her to have sex with other men when he becomes immobilized from a work accident on the oil platform.
He urges her to find another lover and tell him the details, as it will be as if they are together. Despite her repulsion and inner turmoil to be with other men, she perseveres in her own sexual debasement as she believes it will save her husband. she takes to picking up men off the street and allowing herself to be brutalized in increasingly cruel sexual encounters. The entire village is scandalized by these doings, and she is excommunicated.
she unflinchingly goes out to a derelict ship full of barbarous sailors, who violently gang rape and attack her, causing her death. The church refuses to hold a funeral for her, deeming her soul to be lost and hell-bound. Unbeknownst to the church elders, her husband and his friends decide burying her body in the ocean. The film ends in magical realism as her body is nowhere to be seen on the sonar, and church bells ring from on high in the sky.

Dancer in the Dark 2000 - Main character (woman played by Bjork) has a degenerative eye condition and is losing her vision. She has been saving up to pay for an operation which will prevent her young son from losing his vision. In her day-to-day life, she slips into daydreams, imagining that shes in a musical. The man with whom she rents a trailer robs her of all her savings, after which she shoots him after confrontation, when he begs her to kill him because he has debts. the film ends by her being sentenced to death for murder despite being blind and long stretched scene of execution by hanging.

Dogvillie 2003 - Nicole Kidman while on the run from her family (who are mobsters) hides in a small remote village named Dogville. In the beginning, all people are kind to her and help her to hide very much, but over time, as the risk increases and her willingness to repay them for their silence grows, so do their demands for her payment. From the beginning, they use her in petty work until she practically becomes a slave to them, and in later parts of the film as well as a sexual slave, when she is raped by all the men in the village and beaten by their wives. The film ends when mobsters found her and kill everyone in the village on her order.

then there are a lot of other things, topics like one movie is shot as a theatrical play in a studio, but its not worth discussing with someone who hasnt seen his movies or watched movies in general.
Last edited: Apr 6, 2021

I doubt incels would actually get a kick out of that, considering that written female characters are not the same as irl women. The films probably characterize their respective female protagonists in a way that makes us sympathize with them and actively wanting to see all women suffer is a meme anyway atleast in my case. Or are the female protagonists in the films characterized in a way that makes us hate them and if so is the suffering of the women presented in a positive light due that? Because if not(which i think is likely) than i don't see why anybody would get enjoyment out of the fact that the female protagonists are suffering.
Z

youre right most of those female charakters are portrayed in that light, because its a kind of game waiting for catharsis / the point or the characters are just vessels for ideas. sometimes that violence is just overshot, so its kind of like Tarantino (so no one can take it seriously).

I wrote the tread for looksmax, I just copied it here and I wanted to find out if some of the things ppl write there are memes or if someone is serious. Because I dont identify with the incel ideology that a woman is the reason of man suffering. The irony is that in these films, most of the man is portrayed as the main creator of female suffering, except for his film Antichrist, where the grieving process is interpreted as an possession with the devil. 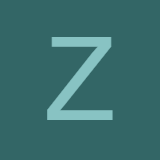 You must log in or register to reply here.

Fabio-dono and the quest for the perfect monogatari girlfriend

LOL Once I saw a couple in which woman was bubbling at her man, and then we both started laughing at her.

Serious Why do normies believe they're entitled to my money and kindness?

My son is a hateful incel,and i just cannot save him or defend him anymore